There are a plethora of amazing friendships, sisterhood, connections, memories and events that I experienced in Charlotte since my move here in 2007. The most important moments engulfed in my time living in Charlotte are undoubtedly having my niece,Nikki, live with me these past two years. She is my oldest sister, Laurie’s, daughter.  She is both sugar and spice to its highest degree. A woman, now 20, with a sense of humor for miles and a heart of titanium.  She is honesty and love learning through life everyday.

Nikki moved here after graduating high school in June 2014 while growing through the death of her brother Mikey who passed away in February 2014.  At an age where navigating an unfamiliar territory of freedom after high school is challenging in itself, Nikki had to do all of that transitioning with the death of Mikey 6 months fresh on her spirit.  She is engulfed with the loss of her older brother…her only sibling and has left the town that swallowed him up. When I say “swallowed him up” I don’t mean any disrespect to my hometown, but moreso reference to the situation Mikey was in.  Some will get it while others won’t. I love the town that helped raise me.  I am genuinely a mindful person and I wanted to assist Nikki with embracing all the emotions she was feeling.  I wanted her to know that what she was thinking and feeling was normal.  Grief bursts will happen at the most random times but she needed to embrace them.  I was aware that her emotions were still fresh, as were mine about losing Mikey. He was my initiation into Aunthood and more like a little brother when he was growing up.

I remember the day Nikki texted me to ask if she can come live with me.  She texted “hey I have a question” and I said “what is it?”  Nikki then replied “I want to come live with you” in which I replied “that is a statement not a question and of course you can come live with me” lol.  I laid down the rules: she will pay rent, buy her own food and not let anyone in my house while I’m not there that I haven’t met and approved.  There was a rule about keeping her room clean and she did pretty good.  She knew it was time to clean her room when I told her that it looked like her clothes hamper threw up lol.  We have a running joke in the house that we both need to fire the maid next time we see her lol.  She did all of this with respect while working full time at Target and going to CPCC full time.  Oh, and did I mention that she made the Dean’s List!  Had to brag a little 😉  My sister, Laurie and my brother in law have done an amazing  job in teaching her about hard work and that money truly doesn’t grow on trees.  She is probably the most responsible 20 year old I know.   She knows she cannot buy a new outfit if her phone bill and insurance aren’t paid!  Her priorities are in check and I am so proud of her.

Her certain Leo self and my certain Capricorn self  butt heads a little in the beginning but we worked it out.  There was an incident with keys left in the door, a broke down car,  threats to take her car away, and incident with blue hair dye and I think that was really the only issues we had…(you know I had to mention that Nikki) lol 😉  I needed Nikki to harness the attention to her surroundings that she may not have had in our small hometown of Swansboro due to comfort of familiarity.  Charlotte is so much bigger than Swansboro and I needed her to be safe all the time.  I wanted to love and protect her like a mother but offer her the carefree freedom of an Aunt.  I hope I did just that!

I wanted Nikki’s time here with me to be full of knowledge  and exploration with a backing of independence.  I didn’t want to smother her with adult supervision and I wanted her to enjoy her time in Charlotte and grasp handling this change through life.  She handled it very well.  It took her a little time to warm up to gathering friends but now she has found a great group of friends here in Charlotte all while keeping her crew of old friends.  It can be difficult making new friends after living your whole life with the majority of the same friends. Now she was presented with the self challenge of stepping out and making new friends.  Bravo Nikki!

Getting to spend so much time with Nikki and watch her flourish out of a layer of youth into part of her adulthood has been a gift.  She and I have had plenty of laughs, hugs, tears, silence and random sounds as forms of communication.   I learned to identify her mood by the tone of her greeting.  If that greeting was some sort of sound that resembled a grunt, then I knew to not press and ask if she was ok…that is our understood language lol. There were reiki sessions and tarot card readings, talks about life, the good stuff we can’t physically see, soul requirements, TV shows and food!   Some days we conversed through random silence and others we talked for what seemed like hours at a time.  She is my first niece and I have adored getting to share a house space with her.

I remember chatting with her one day about the changes going on and moving and how much we both have grown these past two years.  She said that the thing she learned most about being here in Charlotte was how to be alone. At first I thought oh my gosh did I not spend enough quality time with her…but once she explained it, her sentiment was amazing.  Having spent most of her life always having friends right around the corner, living with me provided that alone time that she was ready for.  This time alone provided her with a sense of independence she needed to build more confidence in her self and her decisions.  Being able to be alone is important.  It is very important.

My move to FL obviously means she will be moving.  Of course I offered for her to move to FL with me, but she has made another adult decision and will be moving to stay with one of her best friends in Greenville.  She will attend the community college there and then transfer to a university.  This chapter for us both is a little scary but we have agreed that everything will work out fine.  New friends will be made all while keeping the old.  New environments will teach us more about life and embracing change. It will give us an opportunity to share our powerful energy where it is needed and wanted.  Life is about change, evolving, compassion and knowing that you matter.  I hope she knows just how much I adore her!  I love you endlessly Nikki and will miss you tremendously! 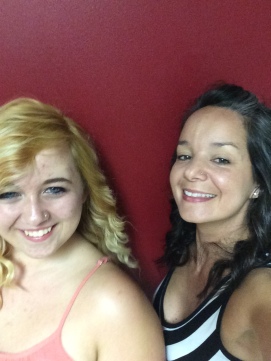 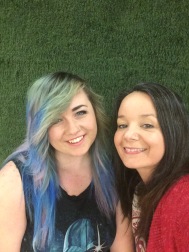 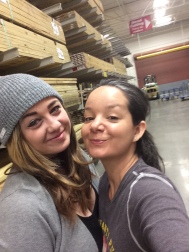 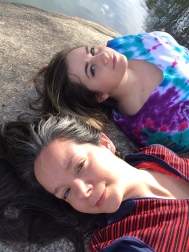 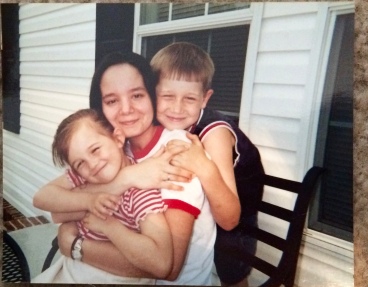 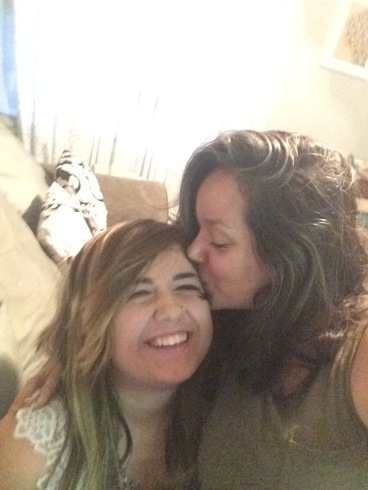 6 thoughts on “The Most Important”